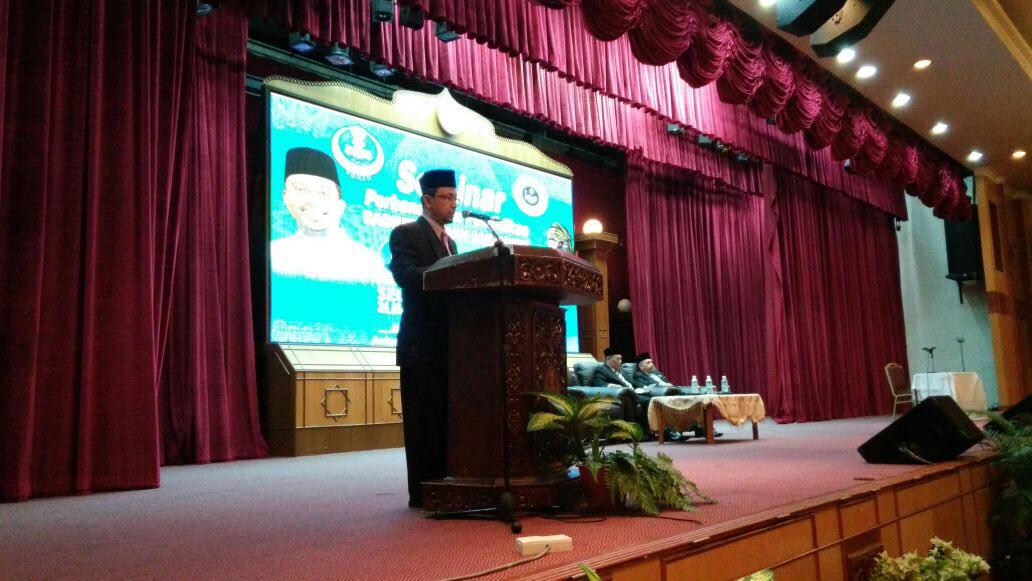 Organized as part of the traditional “Risale-i Nur and Bediuzzaman Said Nursi Week” in Perak State, the President of the State Dr Zambry Bin Abdul Kadir, minister of Religious Affairs of Perak, president of High Council of Religious Affairs, and many NGO representatives, academicians, managers and students attended the symposium.

The symposium also attracted a great deal of attention from the public.

At the end of the program, Hayrat Foundation’s Malay translations of Risale-i Nur were given as presents to the participants.

Risale-i Nur and Bediuzzaman Said Nursi Week was first announced by the Religious Affairs Presidency of Perak, and “the history of Imam Said Nursi and Risale-i Nur” was theme in the programs. This year is a continuation of last year; the educational system of Imam Nursi, education method of Risale-i Nur, and Hayrat Foundation model were presented to Malaysian people.

Moreover, in connection with the week, various programs were held in many educational centres, different mosques and masjids for the public. We have not and will never forget!