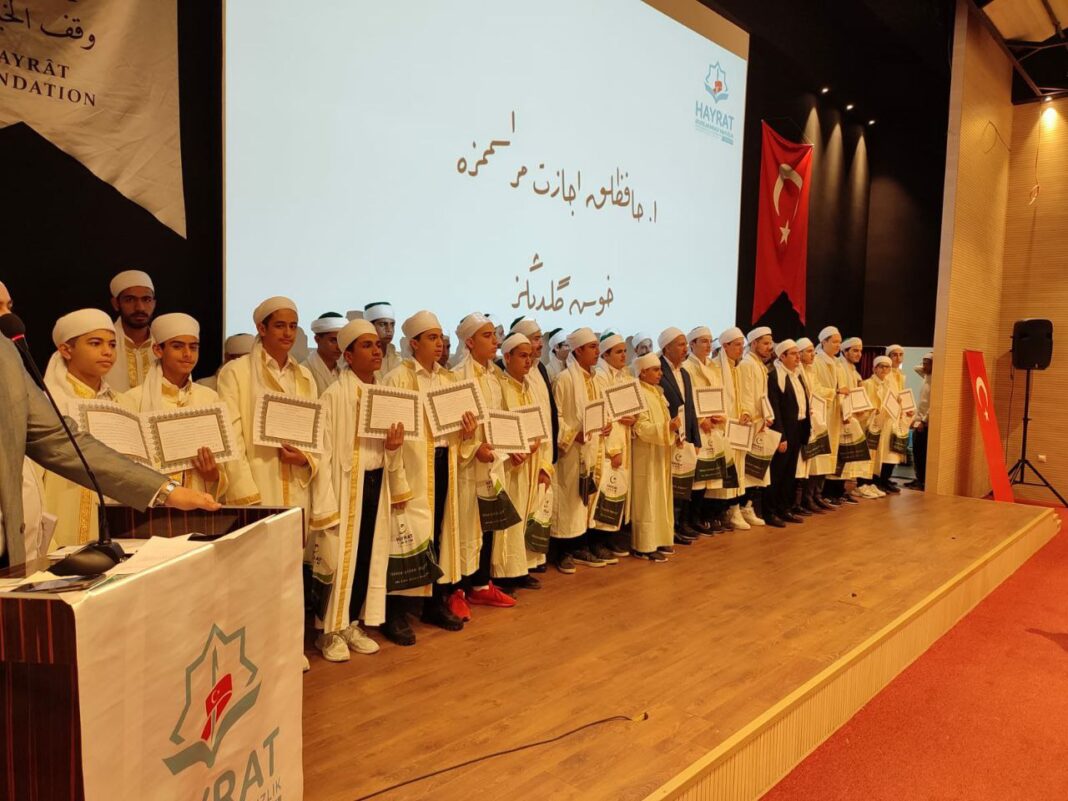 130 of our foundation’s students who have been training to be hafiz got their diplomas (hifzul-Quran ijazah) on May 20th 2022. Hafiz Certificate Ceremony was held at the SAHAV Medresetüzzehra Complex in Isparta, Türkiye. Hafiz students from different provinces and many guests attended the ceremony, which was organized by Hayrat International Hafiz Association based in Istanbul, Türkiye.

Our Hafiz Association started its service in 2019 with the aim of raising people who are bearers of the words of the Qur’an, who practice the rulings of the Qur’an, and who become perfect with the akhlaq of the Qur’an. As of today, the association trains more than 1000 hafiz candidate students at 31 centres across the world.

We share the joy of our hafiz brothers and wish them a good and fruitful life in which they will serve the meaning of the Qur’an as well as having its words as huffaz.

In pursuit of Islamic civilization