Home ENGLISH The Qur’an in Tewafuq 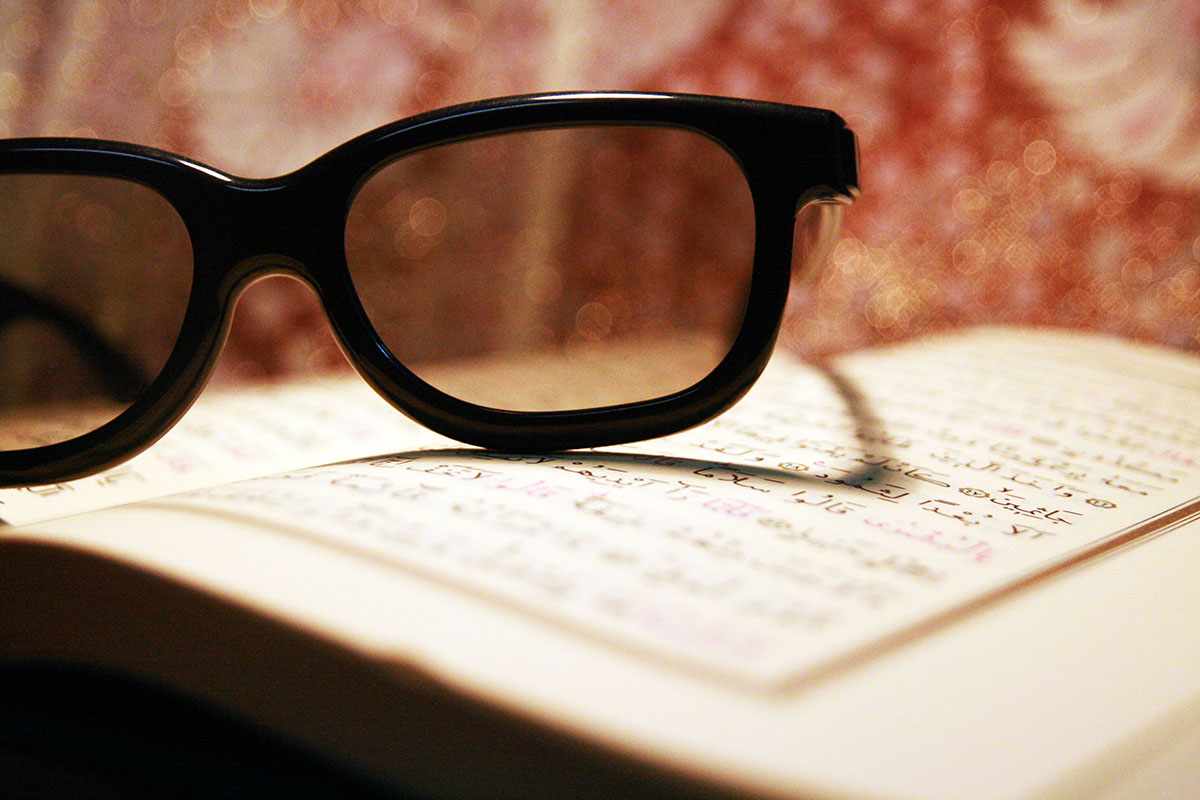 The Holy Qur’an is the word of Allah, the Master of the worlds. Each of its truths, chapters and verses, is an ocean of miracles. It is as if the eternal interpretation of the great book of universe. The book of universe is written by the pen of Allah’s “Power”, the verses of which range from an atom to the sun, from a wing of a fly to the sky’s lamps (stars). This book of universe as well as each of its verses certifies the existence and unity of its Creator with all His excellent attributes, by their wondrous arts and meaningful designs that are waste-less and positioned at the most proper place and time, astounding the human intellect.

Likewise, the mighty Quran is a Book that comes from the attribute of Allah: “Able to Speak.” It indicates many meanings and wisdoms by each of its chapters, each of its verses, each of its words, and even each of its letters. It points to endless sacred subtleties and thought-provoking high meanings by its numerous aspects and consequences of being miraculous. Each of these indications individually and synergistically certifies that the Quran is the Speech of Allah. As the book of universe or its parts is producible by none but Allah, so is the Quran.

The Qur’an, the content of which is miraculous, has many miraculous aspects addressing all levels of humankind and all understandings of different centuries. Each person according to his/her opinion,profession,character and knowledge can observe variety of miracles in the Qur’an,the Source of Miracles. Hence the miracles of Quran are so various and diverse that miraculous aspects that are understood by a Muslim scholar who nears Allah by knowing Him and another by loving Him may not be the same.

As the meanings of Quran are miraculous, so are its words and their arrangements. For instance, the ordinary people just listen to the Quran and understand its miraculous aspect addressing the ear. They would say, “The Quran that we have heard does not resemble any other book. It will be either below or above all.’”None, not even the Satan, has said and can say that the Quran is below all other books. Therefore, the Quran is above all other books.”

Another miraculous aspect addresses the eye for those who evaluatethingsby their eyes alone. They may just look at the Quran without using their intellect, reason, and heart and cannot understand its ocean-full truths, but they may still see its embroidery-like arrangement of words and say, “This is not a work of human mind!” Indeed, many witnesses do say so! The great calligrapher Kayishzade Hafiz Osman Nuri Efendi (died in 1311 A.H.) wrote the Quran in afamous style in which he took the longest verse (called Mudayana, 2-282) as a measure for the page size and the shortest chapter (called Ikhlas, 112) for the line length, resulting in 15 lines per page. Then, every page started and ended with a complete verse in beautiful harmony with the content, even though the verses vary in length.Such a consistent pattern among seemingly random variations of lengths and meanings cannot be the product of chance. This order and arrangement is beyond human capacity, and clearly is a product of the intent and will of Allah.Since this composition and arrangement is the result of the measures of chapters and verses of the Quran, all the beauties related to this style belong directly to the Quran.

The revered Imam Bediuzzaman Said Nursi (1876-1960) indicated that not only the pages of the Quran but its letters as well are in a unique coherence. He pointed out that the “tewafuq (see below)” in the Quran’s embroidery-like arrangement of words and letters is a powerful proof that shows it is the word of Allah. He thus desired to demonstrate such “tewafuq” and instructed his students to write a copy of the Quran that will uncover this inherent property.

The dictionary meaning of “tewafuq” is to be in conformity and to be in a pleasant harmony with each other. There is a manifestation of intention and will of Allah in everything no matter whether it is a part or the whole. So, nothing happens unless Allah wills, and chance does not factually exist in the universe! All the sciences observe the principles and laws of the wonderfullyworkinguniverse. In fact, these laws uncover the ‘tewafuq’displayed by the universe, where everything is interlinked with each other through a subtle measure; the whole and the infinitesimal are in an appropriate conformity. Such “tewafuq” property exists in the All-Wise Quran where the tiniest parts observe mutual harmony with each other, without jeopardizing the function of the whole; since the verses, words, and even the letters are in a subtle, embroidery-like coherence with each, and in their entirety have an impact of one word.

Bediuzzaman Said Nursi wanted to show such a visual miracle to the people of this century whose minds are sunk to their eyes and doubt everything they cannot seeunder the cover of materialism. He gave60 pages of the Quran to each of his ten bestlearned students and asked them to write these pages to uncover the tewafuq.

He recommended them to adopt Hafiz Osman style. He warned them to refrain using their own will and choice: “Do not let your choice to interfere! Do not cover what is already there!” His closest student Ahmed Husrev Efendi and his best students Hafiz Ali, Hodja Khalid, Muallim Galip, Hodja Sabri, Hafiz Zuhdu, Tigli Hakki, Shamli Hafiz Tevfik,most of whom are either hafiz or hodja or Arabic calligraphy teacher submitted theirinitial hand written copiesto their master. After a very careful examination, Bediuzzaman announced,“The tewafuq exists in the style of Husrev. If Husrev has a skill, it is at not spoiling the tewafuq. I have recommended you to avoid interfering byyour personal skills. Hence, the biggest skill is not to spoil the tewafuq, since the tewafuq exists.”

Husrev Efendi later wrote the whole Quran, keeping the page content the same with that of the Hafiz Osman style. In his copy, all 2806 words of “Allah”in the Glorious Quran,are miraculously matched to each other in columns of a page or faced each other in mirror symmetry in opposite pages or situated back to back on different faces of a page or overlapped along a stack of pages. So, they show the “tewafuq” in three-dimensional spatial coherence.

Moreover, many wise and meaningful words either of the same root or of meaning or of supportive meaning are in tewafuq with a pleasant harmony. The tewafuq has been exposed in such a wonderful way by the pen of revered Ahmad Husrev Altinbasak that Bediuzzaman says, “If the mind understands,it will say ‘Subhanallah’; if the heart comprehends, it will say ‘Barakallah’; if the eyes see, it will say ‘Maashaallah’.” (Subhanallah, Barakallah, Maashaallah are all interjections of wonder but their literal meanings pertain to glorifying Allah.)

So, the writer of the Quran in tewafuq is now determined: Ahmed Husrev Altinbaşak!

Imam Bediuzzaman expressed his good pleasures about the pen of Husrev Efendi in his various letters as: “Honorable, trustworthy, blessed Husrev,who showed by his wonderful pen an aspect of the miracle of Qur’an-the miraculous declaration, and whose book of good deeds constantly records the rewards of those who read your writing of the Quran.”(Deed-book: the memory on which good and bad deeds are recorded so that they will testify about their doer.)

The Book of Light (Risale-i Nur)