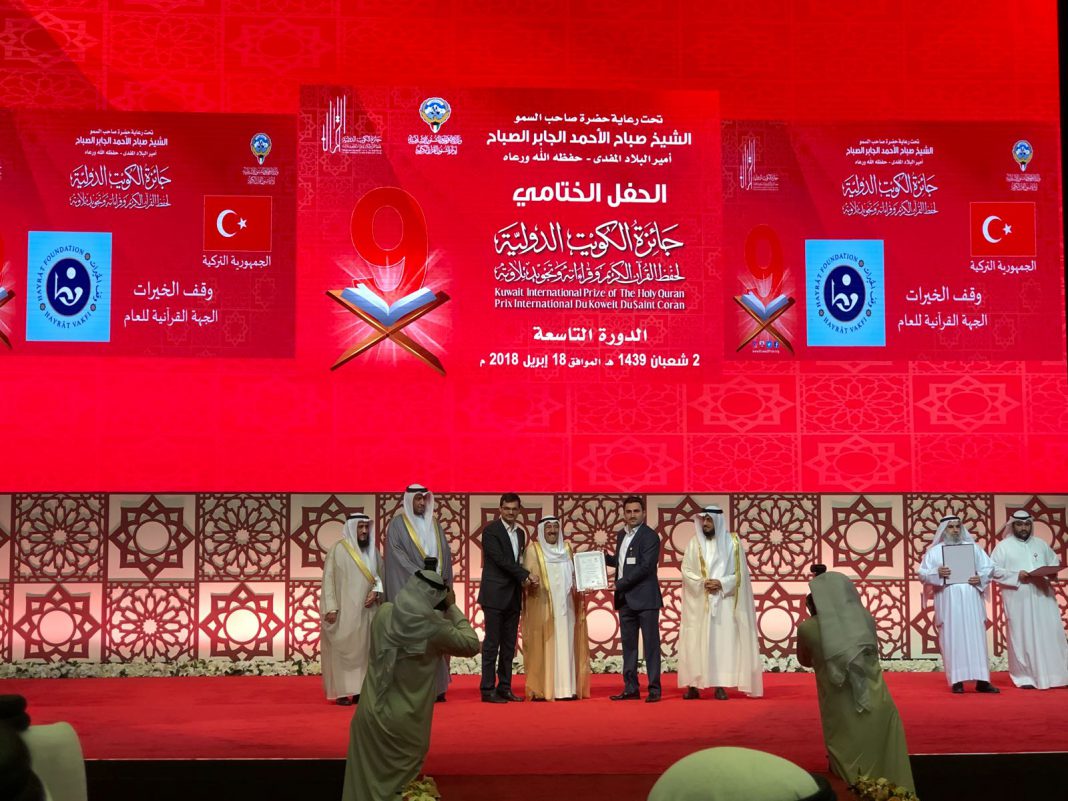 Hayrat Foundation has been invited as guest of honour to the 9th International Award for Memorizing the Qur’an organized by the Ministry of Awqaf and Islamic Affairs. The Ministry has awarded Hayrat Foundation with “The Special Award of The Best Institution Serving the Holy Qur’an” in 2018.

Our foundation was granted this award thanks to its services to the Qur’an for more than 40 years, its publishing and spreading the Qur’an across the world with its second largest Qur’an printing house, its activities on teaching and memorization of the Qur’an, its reviving the Ottoman Turkish with the Qur’anic letters with great effort.

The award was given to the representatives of our foundation by His Highness the Amir Sheikh Al-Ahmad Al-Jaber Al-Sabah in the ceremony on April 18th 2018, Shaban 2nd 1439. Turkish Ambassador to Kuwait was also present in the award ceremony.