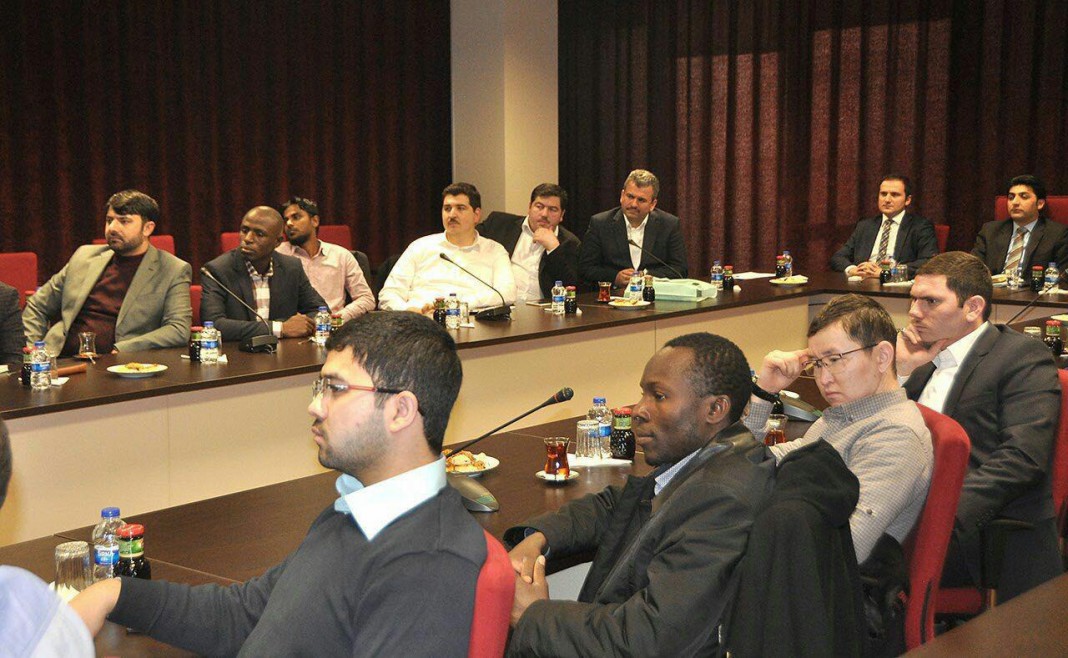 Middle East and Africa being in the first place, 35 representatives from Balkans, Europe, Central and South East Asia attended the meeting. Every representative told about their activities abroad and had the opportunity to consult with each other.

Also honoured by Respected Said Nuri Ertürk, president of our foundation, the program continued three days with discussions on future plans and projects in detail. At the end of the gathering our representatives left Isparta, and headed to Ankara to pay official visits.

On February 22nd, our delegate of representatives paid a visit to Turkish Cooperation and Coordination Agency (TİKA). Previous cooperations were evaluated, and what can be done further was discussed in the meeting headed by Mr Mehmet Süreyya, vice-president of TİKA.

Later the delegate had a meeting with the Presidency for Turks Abroad and Related Communities (YTB). The delegate told about our activities in the field, and was informed about the projects that YTP supports.

On February 23rd, our representatives paid a visit to Yunus Emre Institute and met president Prof Şeref Ateş. Projects were evaluated and the protocol planned, which is expected to be signed soon, was assessed.

After official visits, our representatives left Ankara to return back to the countries they come from.

Proposal for the new constitution