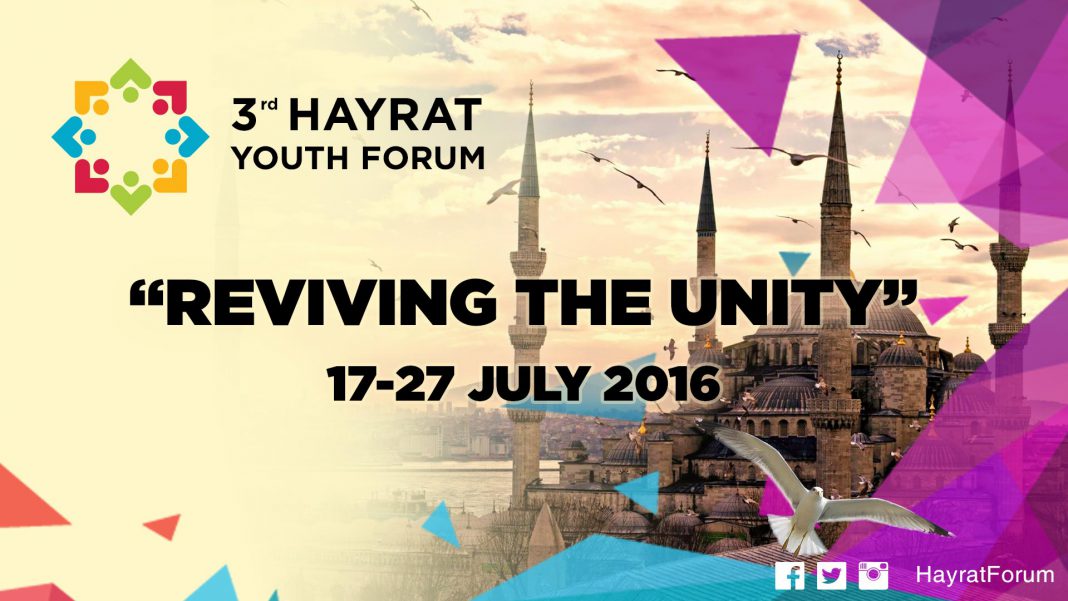 “The 3rd Hayrat Youth Forum” will be held on 17-27 July 2016 in Samsun province of Turkey with the participation of expert speakers and 120 young brothers from 40 countries of the Islamic world.

The concept of justice, for which humanity hungers today, was represented in its fullest terms and taken as a basic principle by the Ottoman State. After the collapse of the Ottoman State, we were separated and became distanced from our brothers in the Middle East, the Balkans and Africa, who had lived with us under the same flag, grew up within the same boundaries, and felt joy and sorrow according to the same values.

As a result of this secession, the strong ties between us, which had been cultivated with love and sincerity over centuries, has begun to weaken. We began to become alienated from one other. Indeed, we have become the nations of different states which are completely separate from one other, even in some cases bearing enmity towards one other, despite the fact that we used to be one nation and one state.

We must revive and strengthen the broken ties between Muslim brothers and sisters all over the Islamic World, in order to cultivate ‘ISLAMIC UNITY’ again, for which we yearn deeply and consider the greatest obligatory duty of this time. It is an undeniable fact that the ‘YOUTH’ will be the most important agents of this revival. This is because 55 percent of 2 billion people in the Islamic World are under the age of 26. Having consciousness of this unity, in order to make the most out of this great potential, will play an important role in ensuring justice, peace and prosperity in the world.

In order to strengthen the unity-consciousness of our young brothers in the Islamic world, as Hayrat International Student Association we have entitled this years’ forum “Reviving Unity”, the third Hayrat Youth forum, which we organize every year with “In Pursuit of Islamic Civilization” as our motto. In this context, “The 3rd Hayrat Youth Forum” will be held on 17-27 July in Samsun province of Turkey with the participation of expert speakers and 120 young brothers from 40 countries of the Islamic world.

The forum will treat the following topics:

We invite those youth of the Islamic world who have vision and passion for the future to take part in this remarkable event, in order to help place a brick in the revival of Islamic unity.

Proposal for the new constitution