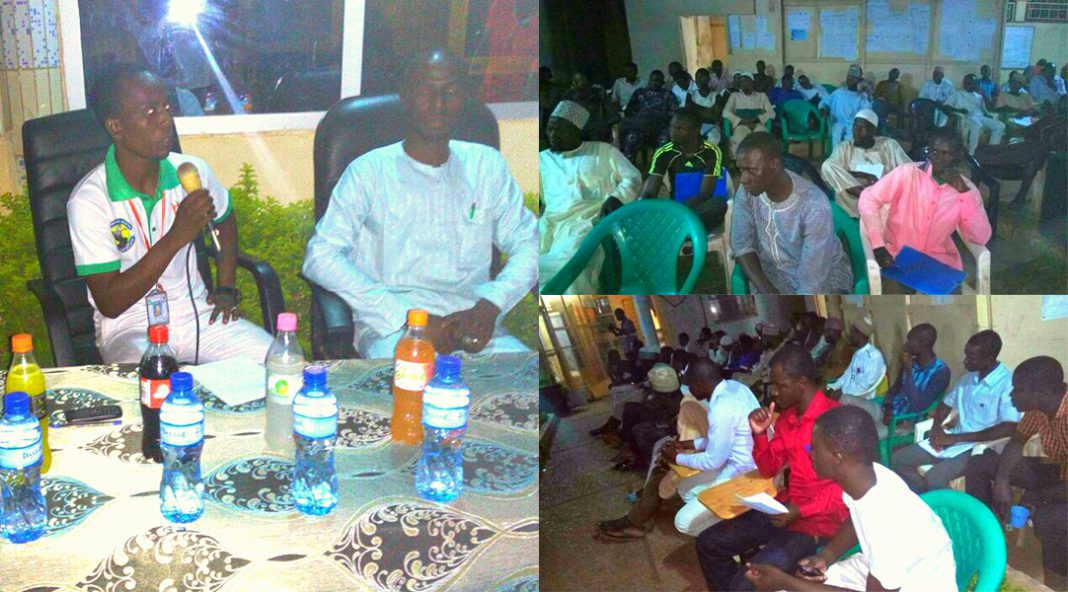 After Sudan and Burkina Faso, Imam Bediuzzaman was commemorated in the capital Niamey at the 57th anniversary of his death. Niger Community Development Centre organized a panel in collaboration with Haji Mahmud Ka’at University and Hayrat Foundation.

Held in the University of Haji Mahmud Ka’at the panel started with the Qur’an recitation. First speaker Dr Hama Cibi introduced and described Imam Bediuzzaman Said Nursi. He told the audience many issues about Imam Nursi. He said that Imam Nursi is a Salahaddin Ayyubi of today who has conquered the hearts. He stated that the thing he wished most was that one day these valuable works of Imam Nursi are studied at the schools in Niger.

The second speaker, Hayrat Foundation Niger representative Usame Hasan mentioned some events in Imam Nursi’s life and talked about the nature of the Risale-i Nur in his speech. He also mentioned the differences of the Risale-i Nur from other books. He said that the Islamic world can achieve living Islam better by choosing this great style as a way. And if the perfection of Islam is shown in attitudes and behaviours, people around the world will become Muslim all together. This is not impossible.

“We have organized many programs with Niger Community Development Centre together. With the Risale-i Nur lessons taught in our university, our students have got a very good education. Although we could not achieve this with our entire university staff, a few young student who have got Risale-i Nur education have achieved it. InshaAllah, we are ready for any kind of campaign to spread these truths in our country. We are grateful to Hayrat Foundation for bringing these valuable thoughts here.”

The Panel ended with a prayer.