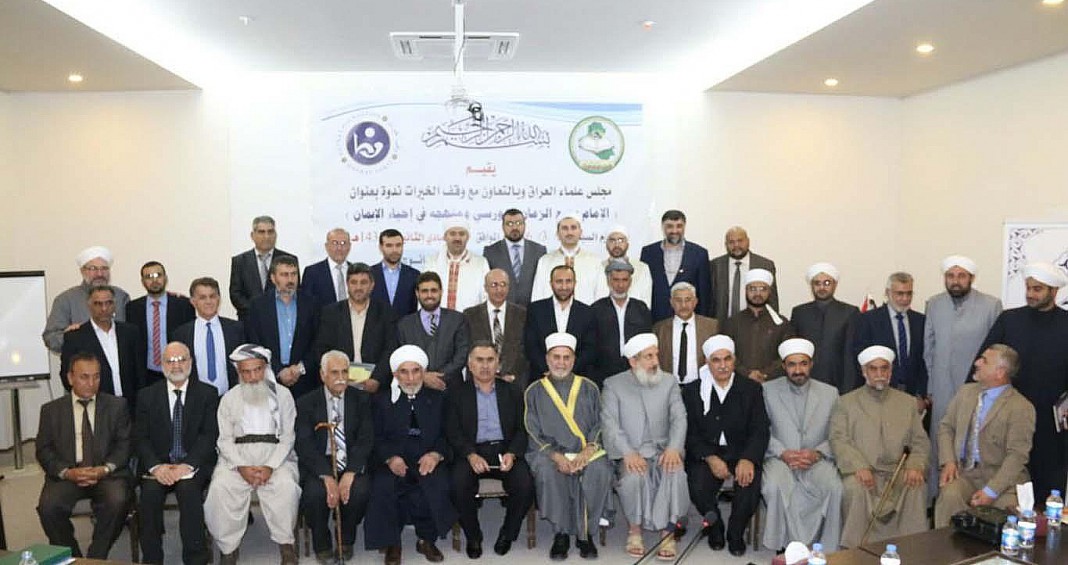 “Our enemies are ignorance, poverty, and dispute. We will fight against these with the weapons of knowledge, industry, and unity.”

Conference themed “Imam Nursi and his method for the revival of iman” was held on March 26th 2016 in Erbil, Iraq, by Iraqi Scholars Council and Hayrat Foundation. Scholars, academicians, and other participants from different regions of Iraq attended the conference and discussed the movement of iman that Imam Bediuzzaman started in this age. The establishments like Iraq Fatwa Council and the Union of Northern Iraq Scholars also participated in the program.

Dr Huseyin Gazi from Iraq Fatwa Council, Sh Mahmoud Abdulaziz, the head of Iraqi Scholars Council, and Zakir Çetin from Hayrat Foundation spoke at the opening of the conference.

Some speeches and sessions from the conference:

The conference ended with evaluation, closing session, and final declaration. Epistles from Risale-i Nur were given to the conference participants as presents.

This conference is a first with its bringing together ahl al-sunnah people having different views in Iraq.

It is emphasized in the conference that we need, more than ever, to talk about and understand Imam Bediuzzaman, who saw the problems of the Islamic world and offered best solutions a century ago.

“Our enemies are ignorance, poverty, and dispute. We will fight against these with the weapons of knowledge, industry, and unity.”