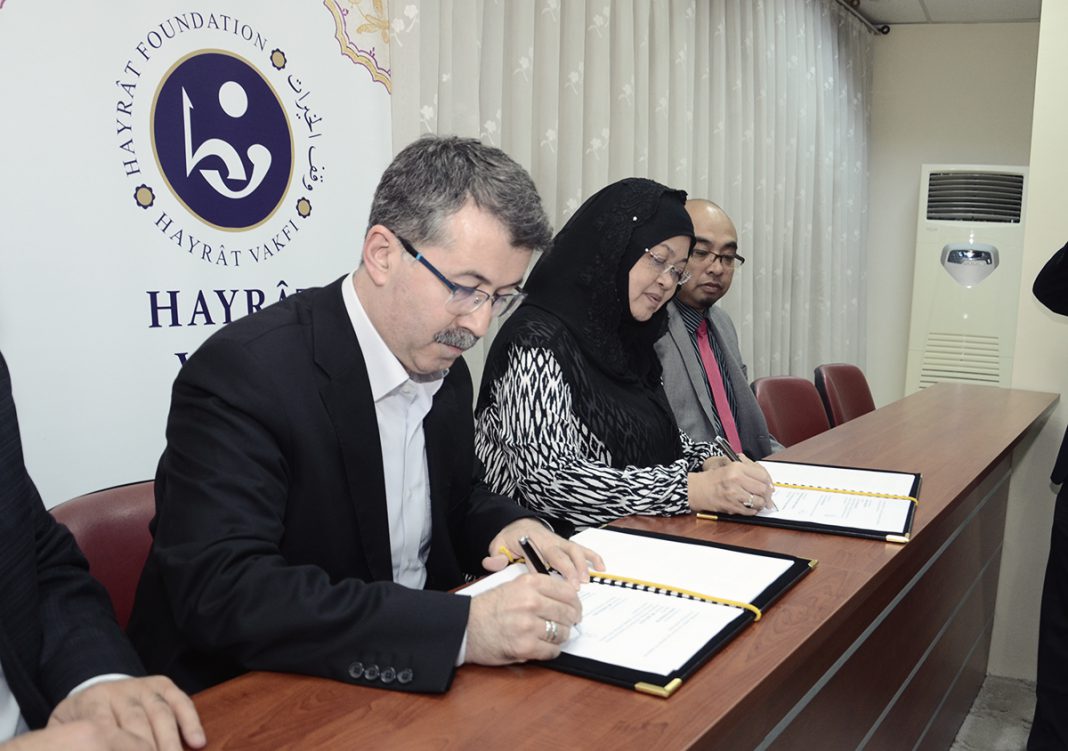 Having carried out important activities in Malaysia in recent years, our foundation signed a memorandum of agreement with International Islamic University Malaysia (IIUM), one of the leading universities in Malaysia.

The protocol was signed during the visit of IIUM delegate, headed by the Rector Prof Dato’ Sri Dr Zaleha Kamarudin, to our foundation on April 10th 2016. Our vice president Ahmed Semiz and other board members were present at the visit.

According to the agreement, academic studies on Risale-i Nur will be ensured. Undergraduate and postgraduate students will be encouraged to make academic researches and produce articles and thesis about Imam Said Nursi and Risale-i Nur. The students who are eager and do successful studies will be enabled to specialize in the respective field. Under this agreement, Hayrat Foundation will be able to organize free Risale-i Nur, Turkish, and Ottoman Turkish courses, and promote its activities in International Islamic University Malaysia.

A short time ago, International Islamic University Malaysia and Fatih Sultan Mehmed University, Turkey, opened The Centre for Malay World and Ottoman Studies together in Malaysia, which aims at researching Ottoman-Malay world with its political, cultural, economical, military and social aspects, and which is a first in the world in terms of its field of study. Our foundation, on that sense, is in a partner position of the activities in Malaysia of this centre, which is a very important and big initiative. It has importance in terms of both introducing Ottoman Empire and our civilization in South East Asia and building bridges for the Islamic unity, and discussing Risale-i Nur and the legacy of Imam Bediuzzaman Said Nursi in academia.

This agreement is a fruit of Risale-i Nur courses

As Hayrat Foundation, we have done important studies both governmental institutions and NGOs, and universities in Malaysia where we have been carrying out activities since 2007. Risale-i Nur courses at the most two important universities of Malaysia, International Islamic University Malaysia and the University of Malaya, are the most significant examples.

More than 300 students’ completing the eight-week Risale-i Nur courses, receiving certificates, benefiting from Risale-i Nur, and the results in the Islamic University have become the starting point of the current situation today.

We ask Allah (swt) that this protocol becomes a means to goodness, and successful studies are produced.