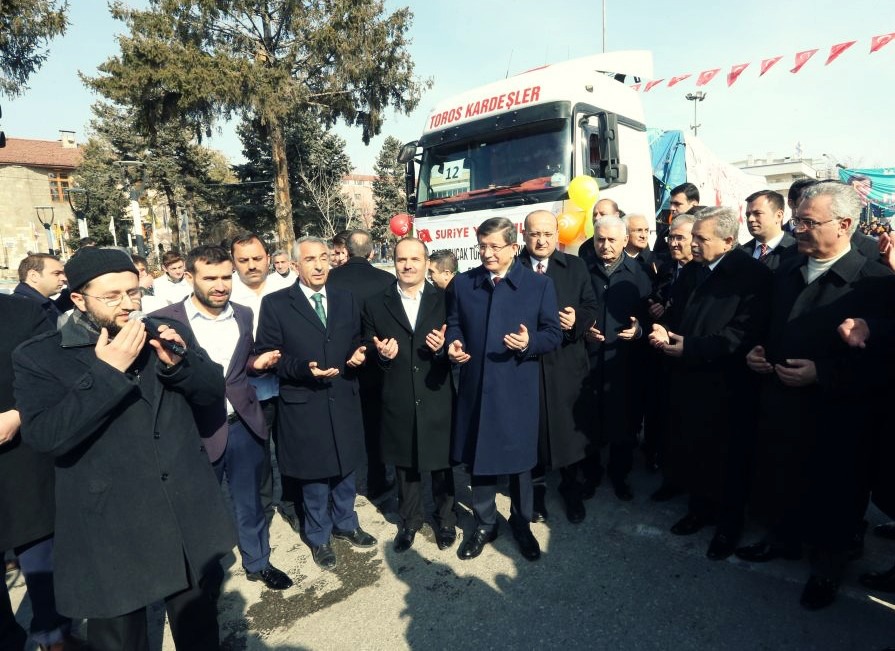 Erzincan branch of Hayrat Humanitarian Aid Association, with the contribution the governor of Erzincan province, prepared 13 trucks of humanitarian aid to be sent to Turkmens in Bayırbucak, Syria, on the occasion of the 98th anniversary of Erzincan’s liberation.

After the commemoration of the liberation of the city, the trucks were sent with prayers on February 13th 2016.

Prime Minister Ahmed Davutoğlu was also in Erzincan, and joined the send-off ceremony of the aid trucks. He thanked Hayrat for the campaign. He thanked the supporters, the volunteers, and the drivers for their effort. And he prayed with the crowd.

After the duas were made, the aid trucks took the road to Bayirbucak, Syria.

We Finished our Summer Programs, Now We Say “Bismillah” for Fall...